Ralph W. Moss on Cannabis and Cancer in Al Jazeera

I (Ralph W. Moss, PhD) was recently interviewed by the Al Jazeera news network for an article titled “Can Cannabis Combat Cancer?” It was a wide-ranging interview, but my quoted comments pertained to the neglect and suppression of less toxic and relatively inexpensive medications. I laid the blame for this mainly with the Food and Drug Administration (FDA). Here is a link to the article in question: 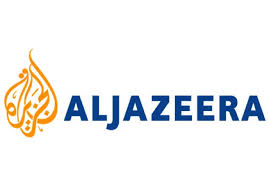 Dr Ralph Moss, who promotes both conventional and alternative cancer treatments, told Al Jazeera many obstacles have been put up against new treatments.

“The problem is that almost invariably scientific advances must also be highly profitable to clear the hurdles of the FDA [US Food and Drug Administration].

“This severely limits the number of drugs that can come to market, since unpatentable, out-of-patent, natural or generic medications are automatically ruled out by the demands of the marketplace. This issue, by the way, is almost entirely lacking from discussions of the pace of improvement in cancer treatment.”

Article about me from the Northern Mariana Islands!

IMMUNE CHECKPOINT INHIBITORS: WILL THEY WORK FOR YOU?