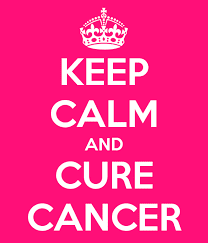 What is the most promising cancer research? I was recently asked if real progress was being made in finding a “cure” for cancer. Sure, I said, thousands of people are working hard to find better treatments, even cures. Important advances are being made in the field of cancer immunotherapy, with the development of so-called immune checkpoint inhibitors such as ipilimumab (Yervoy®), pembrolizumab (Keytruda®) and nivolumab (Opdivo®).

The problem is that almost invariably scientific advances must also be highly profitable in order to clear the hurdles of the FDA. This severely limits the number of drugs that can come to market, since unpatentable, out-of-patent, natural or generic medications are automatically ruled out by the demands of the marketplace. This issue, by the way, is almost entirely lacking from discussions of the pace of improvement in cancer treatment.
I was also asked what was the most promising new development.
There is no single most effective remedy for cancer, as the number of possible permutations of cancer is almost limitless. This is the rationale for personalized treatment. However, what I am most excited about now is the work of D. James Morré, PhD and Dorothy Morré, PhD, of Purdue University in West Lafayette, IN. James Morré was founding director of the Purdue Cancer Center. He has published 400 PubMed-indexed scientific articles. He and his wife discovered (among other things) the role of ENOX2 proteins in allowing the enlargement of cancer cells. Unless a cell enlarges to normal size it self-destructs within 3 to 4 days in a process called “programmed cell death” or apoptosis. This knowledge has resulted in a remarkable test for 25 kinds of cancer called ONCOblot.

The Morrés also discovered a variety of agents, natural and synthetic, that will block the action of ENOX2. The most important of these is a combination of green tea extract and red pepper called CAPSOL-T. In a clinical trial, it was found that 94% of those who were positive for ENOX2 became negative after 4 months of this treatment. These are huge claims and require extensive scientific testing at many institutions, not just Purdue. But I see no flaws in the Morrés research or reasoning process.

IMMUNE CHECKPOINT INHIBITORS: WILL THEY WORK FOR YOU?